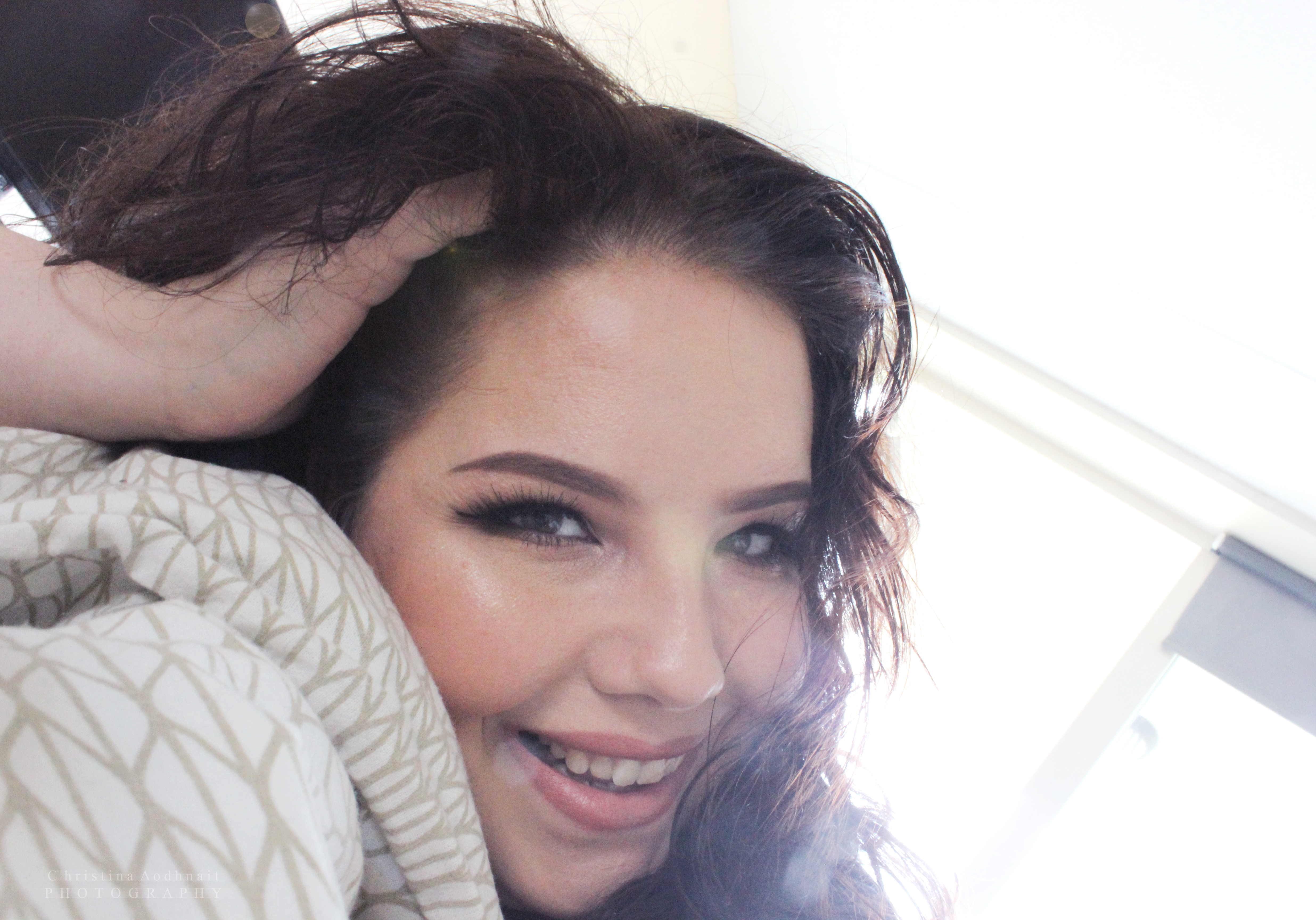 My name is Christina, I’m 25- years old and the owner of Reautiful. I have Dutch, British and Danish roots and I was born and raised in Rotterdam, the Netherlands. I currently work in a hospital and whenever I have some spare time I love to explore new beauty products and writing reviews for you guys (❤).

You might have first gotten on this blog while it’s name was Beautiful Aspie. I used to write a lot about Aspergers and anxiety I was dealing with to create more acceptance and awareness. I have decided to cut myself off from building my identity entirely on the ‘labels’ I had/have because it did only bring me backwards, not forwards. Now I’ve cut myself off of that I feel a lot better and I’m currently getting to know the ‘real’ me and I feel great. Not too long ago I was told I was misdiagnosed with Aspergers because I don’t have ‘enough’ symptoms and it just didn’t fit. I was recently diagnosed with ADHD and ADD, I might write certain blog posts with updates and other things so now and then.

I am a total make-up addict and a skincare-a-holic. I adore Korean skincare and make-up brands and you will find reviews of these products a lot on here.

Also, I have decided to write more about my little baby boy because I felt it really belonged on my blog and social media. Let me introduce you to a very (to me) special cat named Onyx. 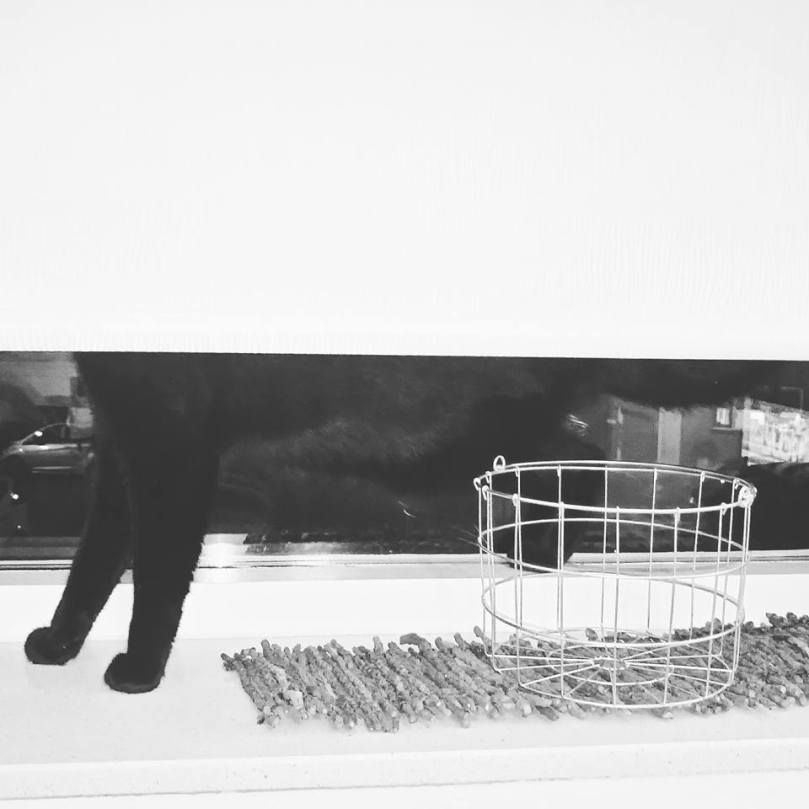 When me and my fiancée got our own appartment I really missed all the animals around me that I’ve always had living elsewhere. We always had at least two cats strolling trough the house and the street we lived in was full of cats as well. We didn’t want a small kitten, but an older cat so we could give it a second chance of a loving home. No sooner said than done.

We came across a lady who couldn’t take care of her cat anymore and she told us he was on the internet for over a year, because no one wanted him. Now you might think why? Because Onyx has only three legs. One of his back legs got amputated when he was just six months old. People found him in the bushes with a broken leg. He gets along very well without his leg though and has no pain at all. We found out that he’d been given dog biscuits for years and he never got fed wet cat food. We decided there and then that we had to take Onyx with us because he deserved better. His fur was in a poor condition and he was so thin that you could count his ribs. We had already bought cat food and supplies earlier that day just in case. At first, he really had to get used to cat food (especially wet food) but he got to love it in no time. 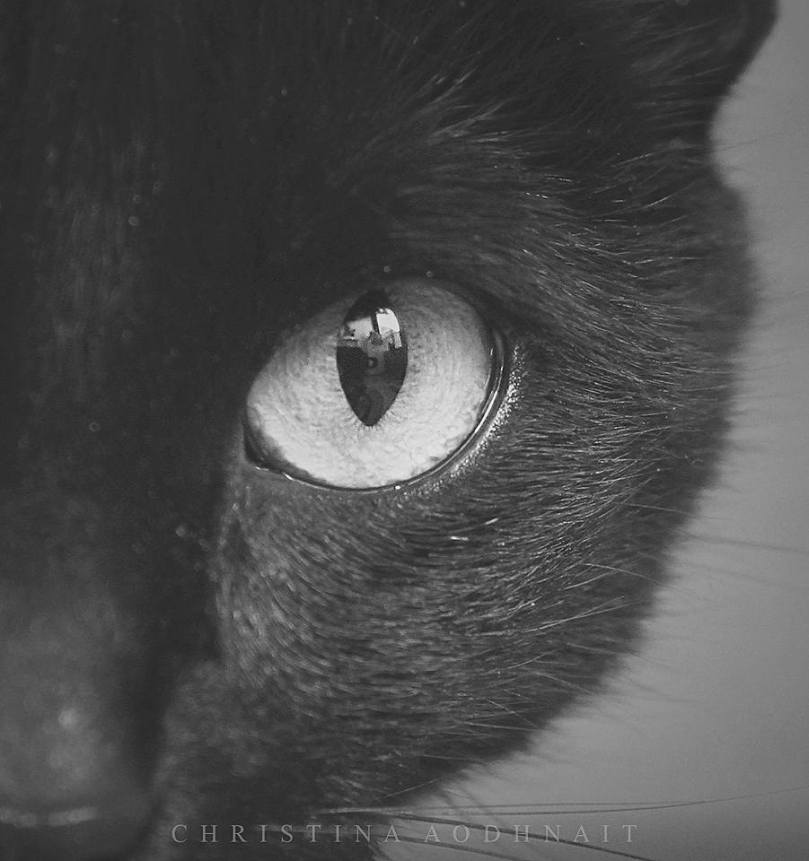 We also found out that Onyx like rosemary crackers after mine seemed to disappear whenever I had some. In the beginning Onyx bit us a lot, he even attacked me whenever I was quietly sitting on the couch, not even looking at him. I am very glad to tell you that he has stopped biting us recently, so I think he has finally settled. We also found out that Onyx can’t cope any food containing grains, so ever since we have been to the vet with him because he was constantly ill we have been feeding him dry – and wetfood containing no grains at all. His fur is doing a lot better now as well.

Onyx has always been his name and we decided to keep it that way, although his passport says Speedy. So now and then when I call him Speedy (Gonzales) he comes running towards me mowing and making funny noises. Onyx is a very vocal cat, he also is a total weirdo. But we absolutely love him that way. I tend to call him my little vampire because his teeth are longer than the teeth of usual cats. This is perfectly fine but can look very funny sometimes. 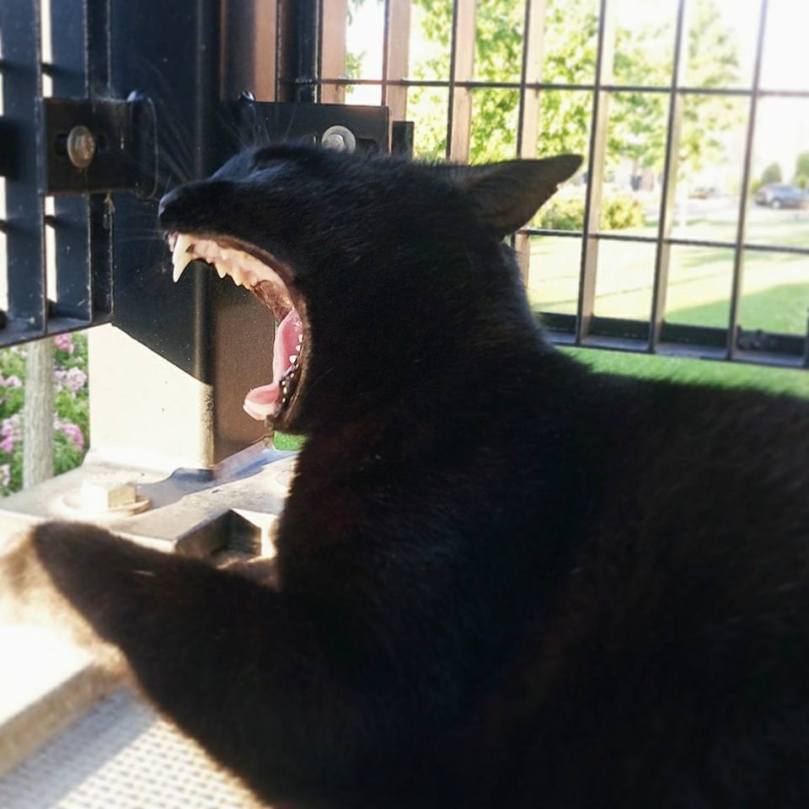 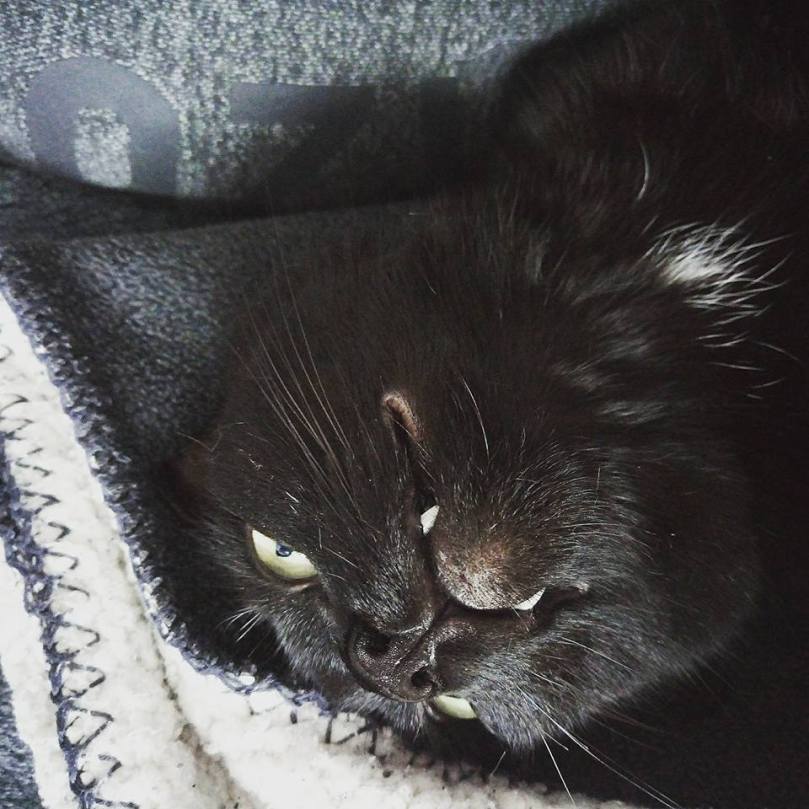 Keep on visiting us for more beauty related posts and Onyx! 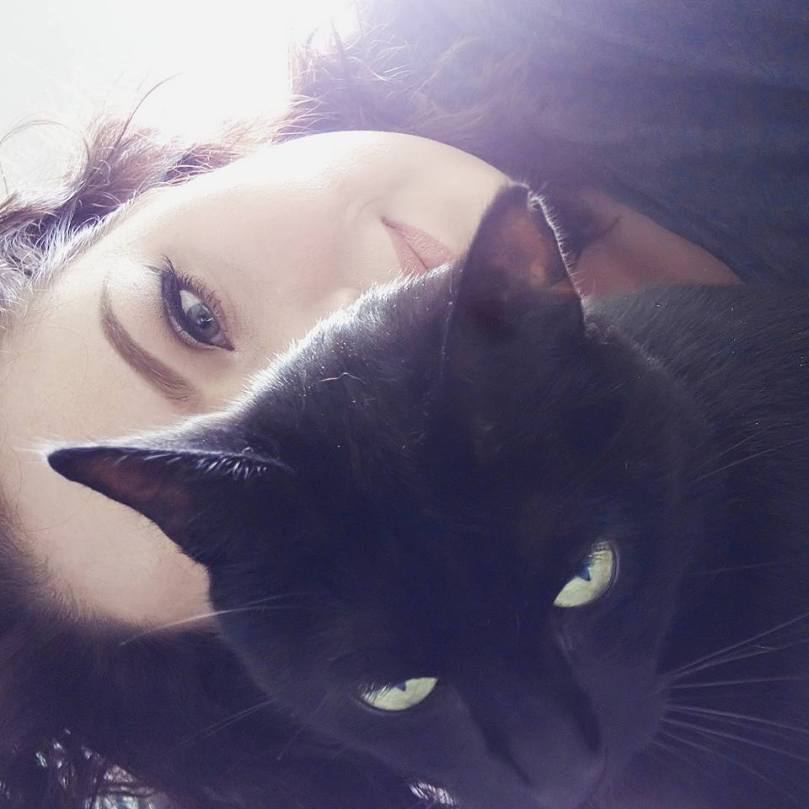 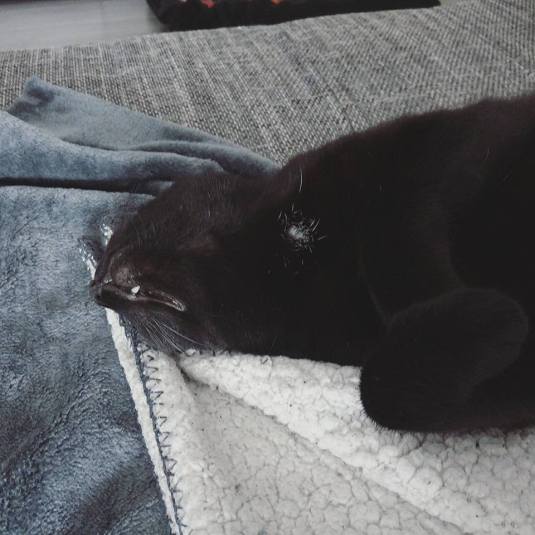 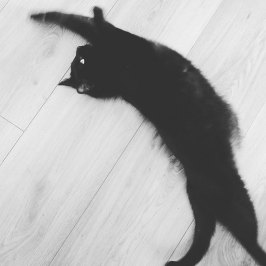 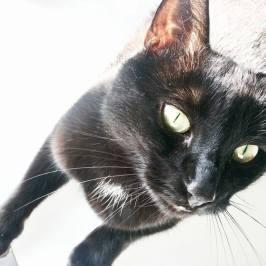 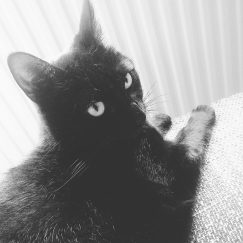 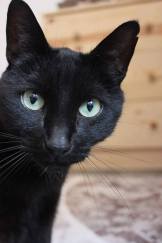 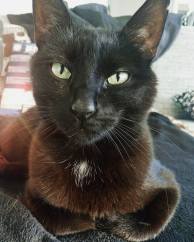 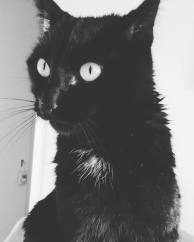 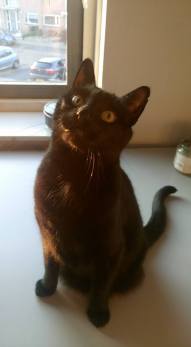 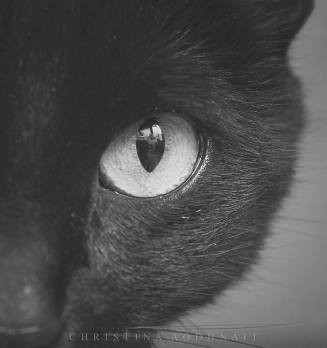 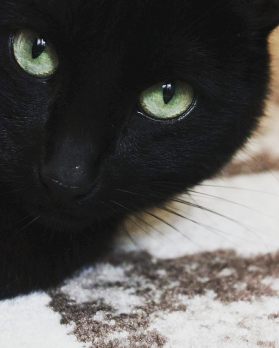 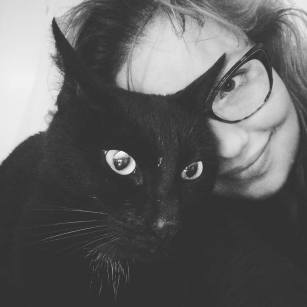 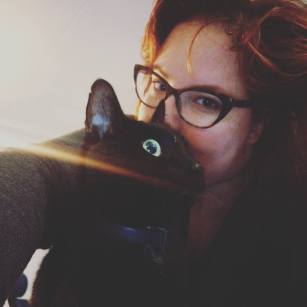 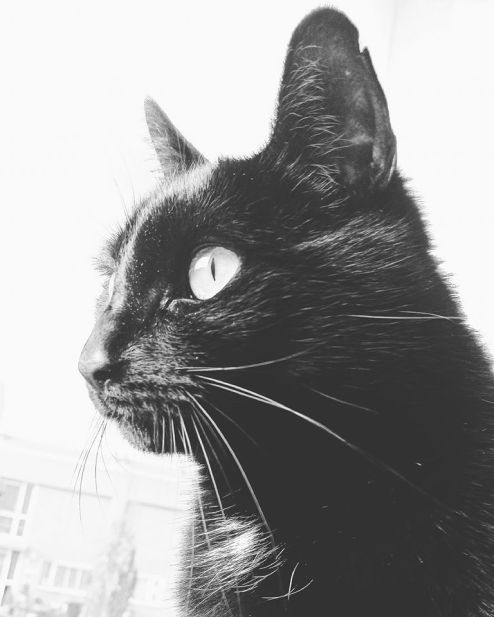 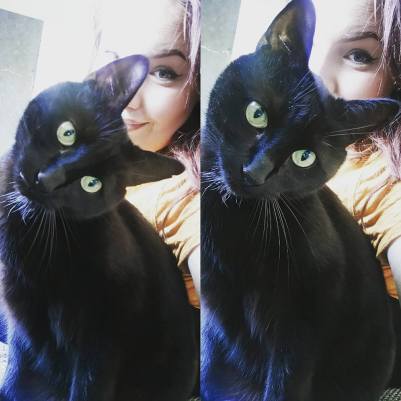 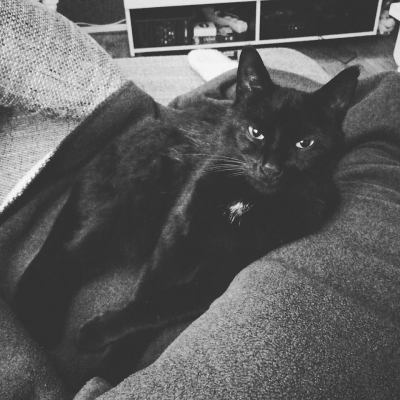 Give it some love 💖

I’m a 27-year old dreamer named Christina from the Netherlands. I got into Korean cosmetics a couple of years ago because it was more affordable than Western cosmetics at the time. Soon I started swapping most of my products out for Korean ones, because I learned how the Korean are way ahead of the Western and they care about the ingredients they are putting on their faces.

Onyx is a seven-year old black Siamese rescue (adopted at five years old). He’s only got three legs due to an operation as a kitten and has an intolerance for grains. He’s purrfect to us nonetheless. Odin is a 6-year old mixed breed that has lived most of his life in the mountains of Turkey. He’s been with us since July 2019 and he’s still figuring out how to live a dog life with a home. 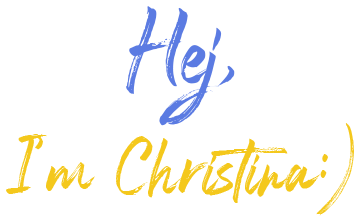